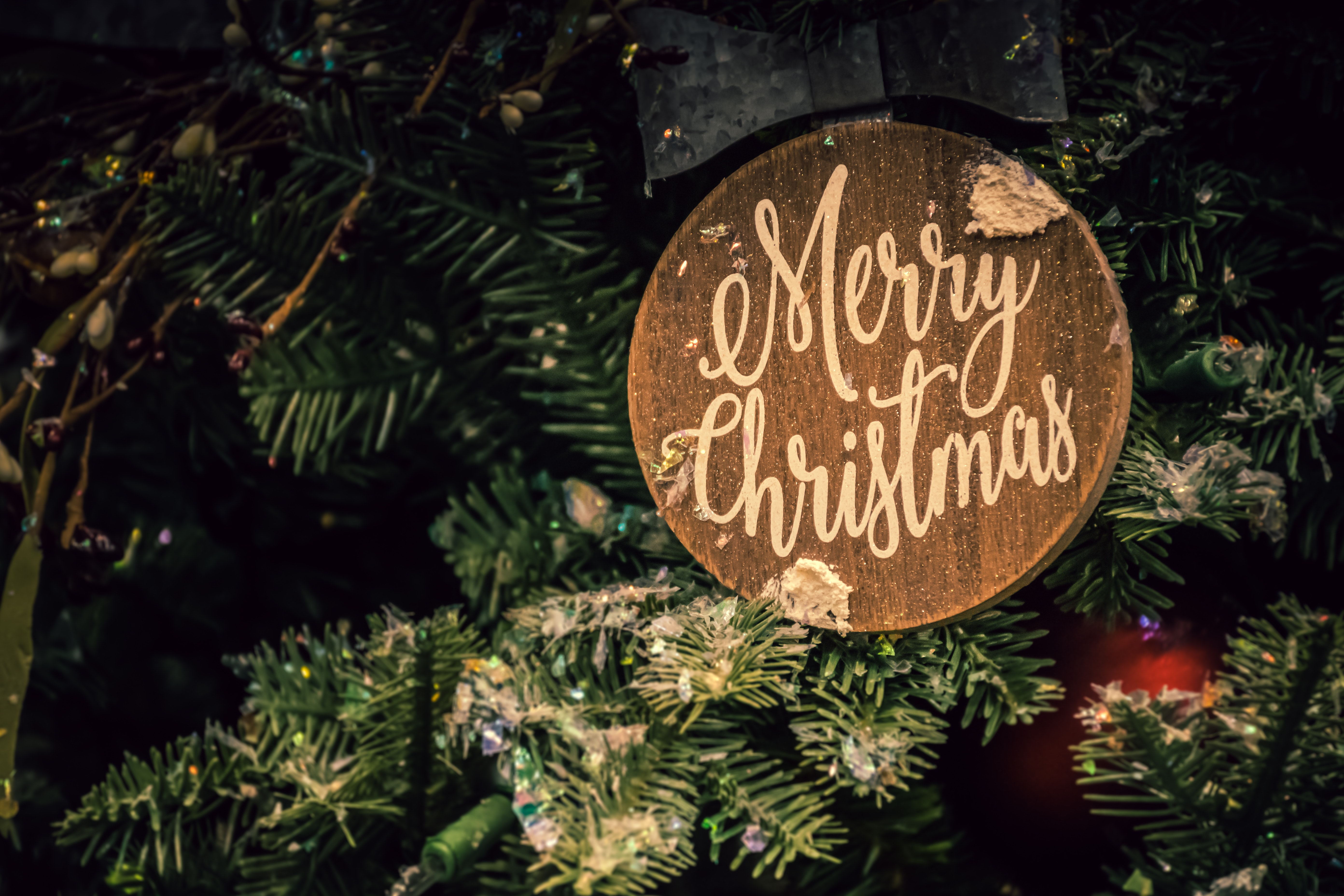 People have interesting habits. The Babylonians of Ezekiel’s day believed that one of their gods, named Tammuz, died yearly when the fields turned brown. No worries, though; this god came alive again in due time, and when he did the fields turned green again. His coming alive wasn’t automatic; to ensure this god’s resuscitation, people had to bewail his death in autumn. That’s why the women Ezekiel saw (in 8:14f) were wailing; they were doing in autumn what they had to do to ensure that in the spring the crops would begin to grow again. The point: the trigger that made this god come alive again was what happened on earth.

A mention this anecdote from Babylonian theology in order to raise a question we ought to think about as we celebrate Christmas this month. It’s this question: does harmony with God depend on what happens in heaven or on what happens on earth? Does it hinge on God or on people?

There are only two possible answers. All religions of the world, be they old or new, answer the question alike: harmony with the Deity/deities hinges on what people do on earth. Yes, the deity may play a crucial role, but if man does not supply his bit, harmony is not achieved. It’s a math thing: action in heaven + action on earth = harmony between heaven and earth.

The only exception is the faith of the Bible. Not, let me hasten to add, that everybody who calls himself a Christian admits that reconciliation with God depends fully on what happens in heaven and does not at all hinge on what happens on earth. Roman Catholicism, for example, holds that the decisive trigger for harmony with God lies on earth, for unless you through your good works can complete the work Christ began you cannot be reconciled to him. Arminianism in principle says the same, and so North American Evangelicalism (broadly understood, Arminian as it is) says the same too.

I raise the topic today because our human nature wants to keep control of the reconciliation process in our hands, so that in turn the honor for having achieved (or contributed to) harmony with God comes to us. Reformed people are not above this craving. So, as Christmas is around the corner, I’d like to invite you to look with me at God’s word on the point – lest we no longer have the defense required to resist the flow of thinking so acceptable to mankind and so common in our society.

In his well-known Christmas account, the apostle John tells his readers that “the Word became flesh and dwelt among us” (Jn 1:14). ‘Word’: our thoughts are directed to heaven, where the Word had his eternal home (cf vs 1ff). ‘Flesh’: our thoughts are directed to earth, where God has given finite man –flesh- a home. Now note: John connects heaven and earth with the vital word ‘became’ – “the Word became flesh.” The word ‘became’, we understand, is here a reference to Christmas. Christ’s birth was not people reaching up to God, but God reaching down to people.

John repeats that same downward action from heaven to earth a couple of chapters later. “God so loved the world that he gave his only Son, that whoever believes in him should not perish but have eternal life” (Jn 3:16). Notice: “God gave.” The action-to-salvation takes place in heaven and not on earth; it’s the work of God and not of man.

Admittedly, one could argue that while the movement in these passages is from Up to Down, this says nothing about where the ultimate trigger for the movement is. Babylonian theology said that growth in the spring and ultimately a good crop came from Tammuz (Up), but added that Tammuz’ cooperation hinged on the wailing happening on earth (Down).   But the Lord insists that the ultimate cause for redemption is in heaven alone, as Jesus said: “God so loved the world that he gave his only Son….” The reason God gave also lies in heaven: “God so loved the world that he gave….” That is: God’s action of reaching out to the earth lies not in what people have done, but lies instead simply in his love. His love is not his response to our first loving him; no, his love comes from within himself (cf I Jn 4:9f). And that is to say that the trigger of all contact between heaven and earth lies in God alone.

The fact that reconciliation with God comes from God and not from us destroys any grounds for pride. There is not a thing that we on earth can do to move God in heaven to bestow on us some sort of favor – be it in making our crops grow or blessing our children or taking away strife from our homes. We are completely at the mercy of the God we offended in Paradise, and can in no way turn his righteous wrath away. Wailing as the women did for Tammuz will not help, even if it’s wailing over our sins. Cultic ceremonies as the Canaanites did for Baal will not help, even if it’s putting big money into a collection bag or praying at length in church. Doing particular deeds as the Muslims must do for Allah will not help either, even if it’s obeying every one of the Ten Commandments to the point of laying down your life. Meditation as the Hindus do does not help either, even if it’s four hours of reflection daily over an open Bible. Harmony with the God we offended in Paradise comes strictly from Heaven above, and not at all from Earth beneath.

It’s a point that we, in this 500th anniversary of the beginning of the Great Reformation, should treasure so deeply. The sola gratia principle of the Reformation dictates that our whole approach to God –and therefore to all of life- needs to be cloaked in humility. We’re simply receivers of heavenly mercy, with no control over the start button.

Precisely there lies the comfort. The God with whom reconciliation begins is not like man. We begin a project (be it building a boat or making a puzzle…), and after some time we lose enthusiasm and give it up. But not God! He began a work of salvation so as to reconcile sinners to himself, and what he began he will bring to completion (cf Phil 1:6; Ps 138:8). That gives us the assurance that harmony with God is in fact real, is achieved. If the rains didn’t come and the crops didn’t grow, the Baal worshiper could only conclude that he had to offer more, more, had to conclude that his efforts on his high places weren’t good enough – and so he had to try harder, harder. Luther had the exact same struggle in Roman Catholicism; he didn’t feel reconciled to God and so concluded he had to do more, more, try harder, harder. But it was slavery; trying harder, harder, gave no peace. And it cannot give peace, because harmony with God is then tackled from the wrong end, from Earth instead of from Heaven. God insists reconciliation is completely his work, and since he completes what he began his people may have the assurance that Yes, we have peace with God – not because we tried so hard or because we offered the right sacrifices, but peace because God took the initiative, and God did the acting. He acted, and so “…to us a child is born, to us a son is given.”