Do We Need The Church Order?

Home Blog Posts Do We Need The Church Order? 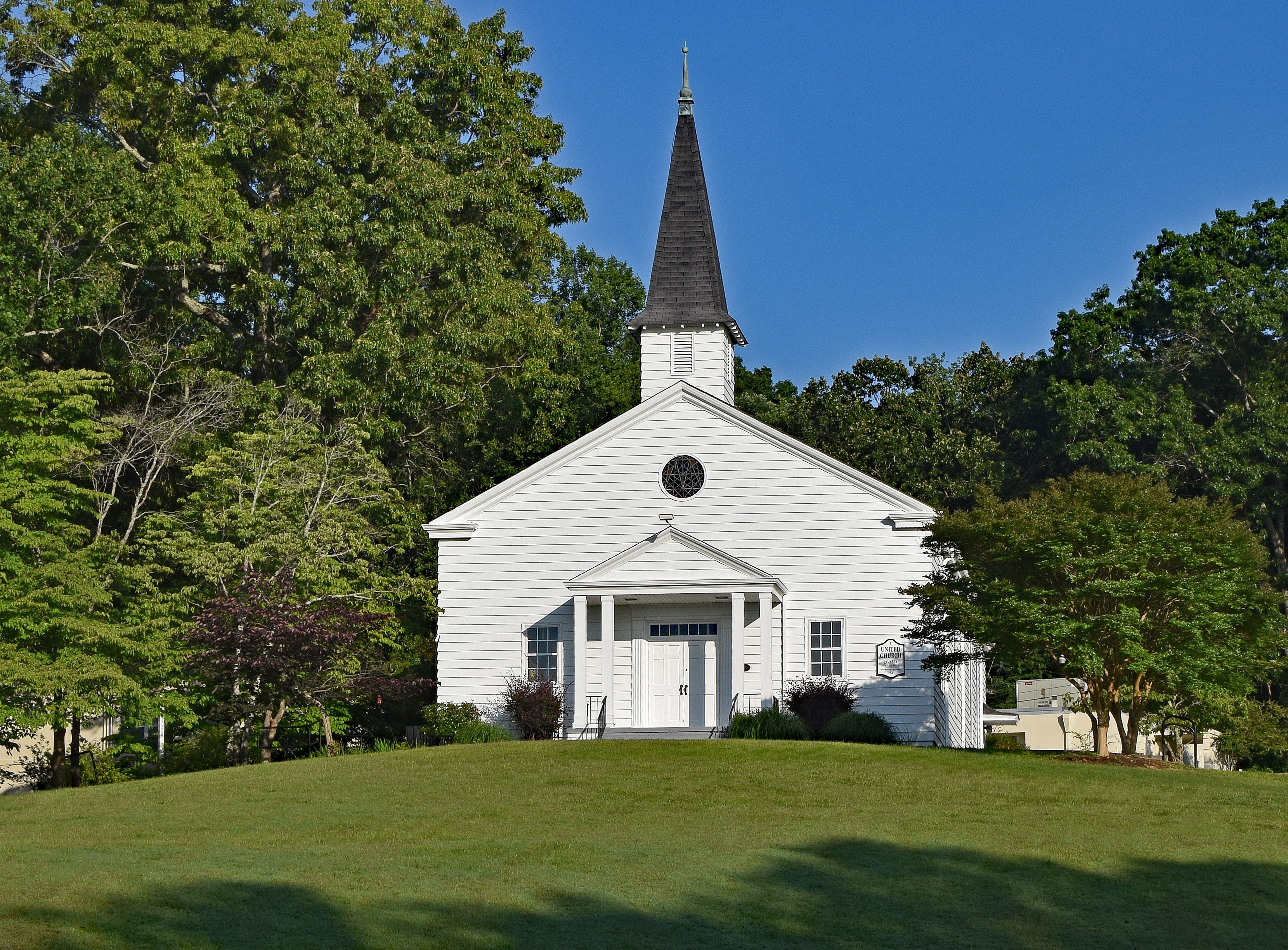 Precisely 400 years ago this coming November, the great Synod of Dort began its momentous work – and so we may this year expect to hear much about what this Synod accomplished. That Synod, of course, is known particularly for its publication of the Canons of Dort. But it ought not to be forgotten that this Synod also finalized a document in which the churches agreed how they would conduct themselves in church life. That’s the Church Order, officially known as the Church Order of Dort.

In the back of the Book of Praise (pp 647-660) you can find a modernized version of this old Church Order. It continues to function as an agreement among Canadian Reformed Churches on how we will run our church life in four specific areas:

There is also an introductory article and a couple of concluding articles (74-76).

Should we, modern North Americans, hold on to a document finalized by a Synod held on European soil 400 years ago? Hasn’t too much changed in the world since those distant days? Does the Lord even require us to have a Church Order?

Let me state upfront that the Bible does not mention a Church Order. The Lord also does not stipulate anywhere that his churches must develop a Church Order. In fact, the early church (that’s in the first centuries after the New Testament was completed) did not have a document we might recognize as a Church Order. Historically, documents outlining how things ought to be done in the churches date from the time of the Great Reformation in the sixteenth century.

That observation, of course, presses the question the more urgently upon us: then why do we have a Church Order?! Doesn’t it tie us down in far too many ways?!

The church prior to the Reformation in Europe had a particular operational structure. On the top of the ladder was the pope in Rome, and under him were several layers of cardinals, primates, priests, vicars, etc, till you got down to the common people of the pew.

One of the theses Martin Luther published in 1517 contained the complaint that the pope was using his top down authority to exert pressure on the lay people by compelling them (through erroneous doctrine) to pay good money (indulgences) to hasten the release of a loved one from purgatory (amongst other errors). That money climbed up the ecclesiastical ladder to feed the shepherds and ultimately fatten the coffers of the pope himself.

When Luther refused to recant his protest against this abuse of authority, the pope in 1520 excommunicated Martin Luther from the Catholic Church. Under the working of the Holy Spirit, numerous others joined Luther away from the corruption experienced in the Catholic Church. But immediately the question arose: what sort of governmental structure ought this (reformation) church to have?   The consensus answer, very Biblical as it was, is neatly expressed in the Belgic Confession:

We believe that this true church must be governed according to the spiritual order which our Lord has taught us in his Word. There should be ministers or pastors to preach the Word of God and to administer the sacraments; there should also be elders and deacons who, together with the pastors, form the council of the church (Article 30).

Those appointed to any of these offices are presumably regenerated men. That, however, does not mean that these men could not become little popes in their own congregation or even in their potential federation. As the Reformation spread into the Netherlands and many embraced the gospel of redemption through Jesus Christ alone, by faith alone, through grace alone, churches developed with their own ministers, elders and deacons – all secretly, due to persecution. A refugee congregation appeared in London, with a minister named Godfried vanWingen. This man, with the majority of his elders on board, exerted his influence over his congregation in such a heavy-handed manner that his flock could not flourish in their service to the Lord, but was instead crushed in their consciences as the office bearers compelled them to do what they were not ready before God to do.

Already John Calvin in Geneva had combed through the church fathers to learn how they had put into practice a Scripturally faithful manner of governing a church, and published his conclusions in 1541 in a document known as Ecclesiastical Ordinances. This work, however, focused strictly on how the local church (of Geneva) ought to function – and so did not elaborate on the role of classes, synods, and the like. As church life grew in France, the French Reformed Churches put together their Discipline Ecclesiastique in 1559.

Men from the Dutch churches (still under persecution) met together in Wezel in 1568 to consider how they might best form a federation and what rules ought to govern that federation. Invariably, these men used Calvin’s Ecclesiastical Ordinances as well as the Discipline Ecclesiastique from the French churches. But functioning in the back of their minds was also the experience of the Church in London as it languished under their oppressive office bearers. The conviction was strong: the churches of the Reformation had not rejected the power and authority of the minister of Rome (that’s the Pope) in order to place themselves under the dominance of countless “popettes” in the local churches. Jesus had said plainly to his disciples: “But you are not to be called rabbi, for you have one teacher, and you are all brothers” (Mt 23:8). So the overriding principle that the men of Wezel worked into their tentative edition of a Church Order (it was a work in progress not finalized till the Synod of Dort 50 years later) was the protection of the people of the pew. Nothing in church life should hinder those for whom Christ died from flourishing in his service. That theme continued through to the Synod of Dort, so that the Church Order finalized by that Synod has that point as its hallmark.

As mentioned earlier, the fourth section of the Church Order deals with Church Discipline. Office bearers being the sinful men they continue to be, it is by no means impossible that elders could use the God-given tool of church discipline to cow an obstinate member (as they see it) into submission. So the churches have agreed in the Church Order that elders will proceed with admonitions and discipline only so far and no further unless they have first sought and received the advice of the sister churches in classis (see Article 68 on Excommunication). The motive for this decision was the awareness that one may need to protect the members from their office bearers.

For the same reason the churches have agreed in their Order to give space for appeals against the decisions of a minor assembly. Anyone convinced that his consistory has wronged him has the right to go to classis via an appeal in order to make his case (Article 31). There should be no space for office bearers to silence or subjugate those in their charge.

Again, the churches have agreed to send Church Visitors to every church once per year. The task of these visitors is “to inquire whether all things are regulated and done in full harmony with the Word of God, whether the office bearers fulfill the duties of their office faithfully as they have promised, and whether the adopted order is being observed and maintained in every respect” (Article 46). The stipulations God requires in his Word are never cold or legalistic, but always geared to the neighbor’s wellbeing. So what visitors ultimately seek is confirmation that the sheep of the Lord in a given congregation are in fact flourishing under the care of their elders. That’s also why the church is told ahead of time when the visitors will be coming and the members given the opportunity to speak with the visitors.

Another example: in the section on Worship, Sacraments, and Ceremonies the churches have agreed in their Order that the consistory shall call the congregation together for worship twice on a Sunday (Article 52), that in the worship service only the metrical Psalms adopted by general synod as well as the hymns approved by synod shall be sung (Article 55), that admission to the Lord’s Supper shall be done in a certain way (Article 61), and so on. It isn’t necessarily so that these Articles are based on a specific text of Scripture, and yet they’re in the Church Order because the churches have seen the need to protect the members from office bearers who would experiment with various methods of doing worship – and so upset the conscience of those in their care.

I grant that one could argue that certain Articles of the Church Order (included some referenced above) have no supporting text in the Bible and so form a manmade strait jacket inhibiting the freedom of God’s people. There are, however, two things that need to be noted:

The churches have agreed to abide by the Church Order. As Article 76 puts it: the churches “shall endeavor diligently to observe the articles of this Church Order as long as they have not been changed by a general synod.” Christians, and so faithful churches too, are people who keep their word (Ps 15:4). Even if particular Articles are not specifically found in God’s word, and in the pressure of a given situation seem inappropriate, the reflex response of the Christian will be to abide by the agreements of the Church Order – lest in some way the sheep be confused or hurt after all. If space is needed to act differently than we’ve agreed in the Church Order, we’ll seek the mind of the broader assemblies before we do so (Article 76).