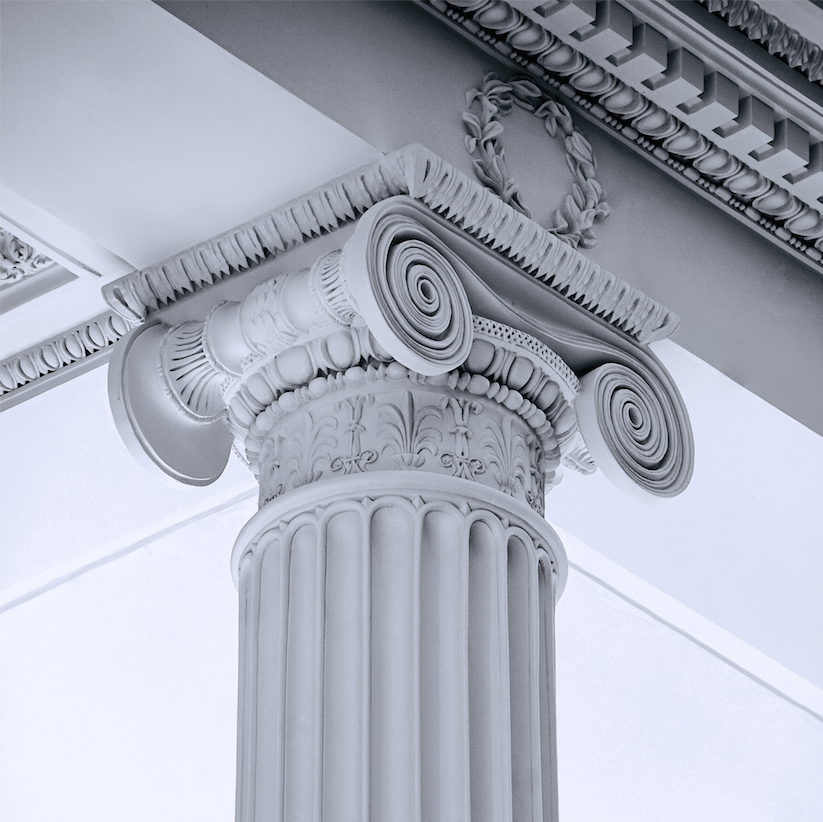 We can all be aware that the liberties and freedoms Christians have long enjoyed in Canada are slowly shrinking.  It’s been long understood in our land that the Lord Jesus Christ

has given limited authority to both state and church so that state should not interfere in matters of church and church should not interfere in matters of state.  In the last number of years, though, we’re seeing various arms of the state reaching into the domain of the church in an effort to restrict what the church may teach or do.  So this past summer a number of men across our land put their heads together to draft a statement setting forth what liberties rightly belong to the church which the state should never infringe upon.  Consistory perused this document at a recent meeting and deemed it appropriate to add the signature of the Canadian Reformed Church of Smithville to the list of signatories.  I’d like to use this Bit to Read to introduce this document to you and share some reflections.  Those interested can find the entire document (including the list of signatories) by googling Niagara 2020 Declaration.

In its introductory lines prefacing the Declaration itself, the authors state that “Christians are facing an attack on our historic liberties and Charter freedoms”, and then provide some details to support this statement:

…these include (but are not limited to) various persecutions in the form of media propaganda, speech and human rights codes, Supreme Court decisions regarding Christian institutions and end of life issues, municipal and provincial bylaws regarding sexuality and gender, indefinite emergency restrictions and lockdowns, and proposed amendments to the Criminal Code that could radically curtail the freedom of Christian leaders, churches and parents (cf. the federal bill to criminally ban so-called “conversion therapy”).

In the face of “these serious threats to freedom”, the authors of this Declaration contend that “we urgently need a united and collective witness bridging denominational distinctives, that gives voice to our concern for the ongoing freedom and liberty of Christ’s church and the propagation of the Gospel in our nation.”  Once we lose our liberties, those freedoms will be exceedingly difficult to win back, and indeed all of society will suffer.  “For the sake of our children and grandchildren, our neighbours who need the Gospel, and our beloved nation of Canada, we must prayerfully and courageously seek to stem the tide to the glory of God and for the kingdom of His dear Son.”

The Declaration itself consists of two parts.  The first is a Preamble with nine “whereas” statements.  These nine include

As an aside: it’s understood that the authority of the Bible far exceeds any authority encapsulated in historic documents as those mentioned above.  The former is the foundation for whatever good statements may be found in the latter.  That said, those nine “whereas” statements lead to the second part of this declaration, which in turn is prefaced with this statement:

WE THE UNDERSIGNED, representatives of various confessionally orthodox churches, denominations, organizations, and fellowships, DECLARE that the following God-given and historically inherited liberties of the Church are to be observed, maintained, and protected in the Dominion of Canada today and forever.

Then follow 10 statements outlining what these “God-given and historically inherited liberties of the Church” are.  For example, civil authorities are not to interfere in the spiritual matters of the church, be it in governance or ministry or teaching or worship or pastoral care, etc.  The church is to retain liberty to preach the gospel within and outside the church, liberty to define and express Biblical doctrine in the context of changing emphases in daily life, liberty for its members to enjoy freedom of conscience, liberty for parents to raise their children in the fear of the Lord, liberty to call its members to worship, prayer, study without disturbance or interruption, etc.

It ends with this Conclusion:

This solemn document – containing an affirmation of scriptural truth concerning Christ and His Church, the inherited liberties bequeathed to us by our forebears, and ten articles duly deduced from them – calls upon all who can stand in solidarity with its Declaration to be mindful of these biblical findings in all their decisions and actions concerning the relationship of Church and State and to passionately defend them when assaulted, and to earnestly pray for all those in civil authority, that God might direct them in all their ways so that we may live peaceful and quiet lives in all godliness and holiness (1 Tim. 2:1-2; see also Ezra 6:10; Jer. 29:7; 1 Pet. 2:17).

Consistory read the document and concluded that we could support its drift (without being completely happy with every formulation) and so decided to sign it.

What’s particularly appealing to me about this Declaration is that it follows -broadly- what Guido deBrès did.  After he completed writing the Belgic Confession, he had it tossed over the fence onto the property of the governor of Holland so that she (and the king she represented) might know what these Reformed Christians they were persecuting actually believed so as to show that they were not at all the criminals they were thought to be.  I am all in favor of letting our authorities -whether municipal, provincial or federal- know what we actually believe.  That’s not only because Christ as King of Canada has much to say to his servants at whatever level and in whatever place; that’s also because we wish authorities to know that sincere Christians are actually beneficial to the government for maintaining social health in the land.

I find it striking that, in the introductory letter he added to the package he threw over the fence, deBrès declared that he and his fellow believers “were ready to obey the government in all lawful things, but that they would ‘offer their backs to stripes, their tongues to knives, their mouths to gags, and their whole bodies to fire,’ rather than deny the truth expressed in this confession.”[1]  To my mind two things stand out here, both of which are missing from the Niagara Declaration.

Still, that the document contains a couple of areas where it lacks is in my opinion not a reason not to support it.

I’m all in favor of standing up tall to defend freedom of religion.  The freedoms Christians have long enjoyed in our land are indeed being eroded and so fighting to protect these freedoms is in place.  But every road has two ditches and it’s probably worth warning ourselves and each other that the loss of freedom is not the only danger to avoid.  The other is the idolatry of freedom.

I’m deeply grateful for the freedom the Lord has granted us in our land and I’m grateful too for the Christian heritage that has come to us through our forebears (to borrow an expensive word from the Declaration).  We need to be aware, though, of a couple of other factors:

It seems to me that the freedoms we currently have can themselves be a temptation to us to be spiritually lethargic.  The biggest danger of prosperity (and freedom is kind of prosperity) is that we don’t really think in terms of needing God, for we have so much already (Prov 30:8f).

Again, I do not think that urging the authorities of our land to respect the liberties the churches have historically enjoyed is the wrong thing to do; on the contrary.  But let’s be very wary of the other ditch.  I’m afraid it’s a bigger threat to us than the ditch the Niagara Declaration is addressing.

His kingdom – that’s more important than our kingdom.  Or freedom.