The Role of the Husband in Marriage

Home Blog Posts The Role of the Husband in Marriage 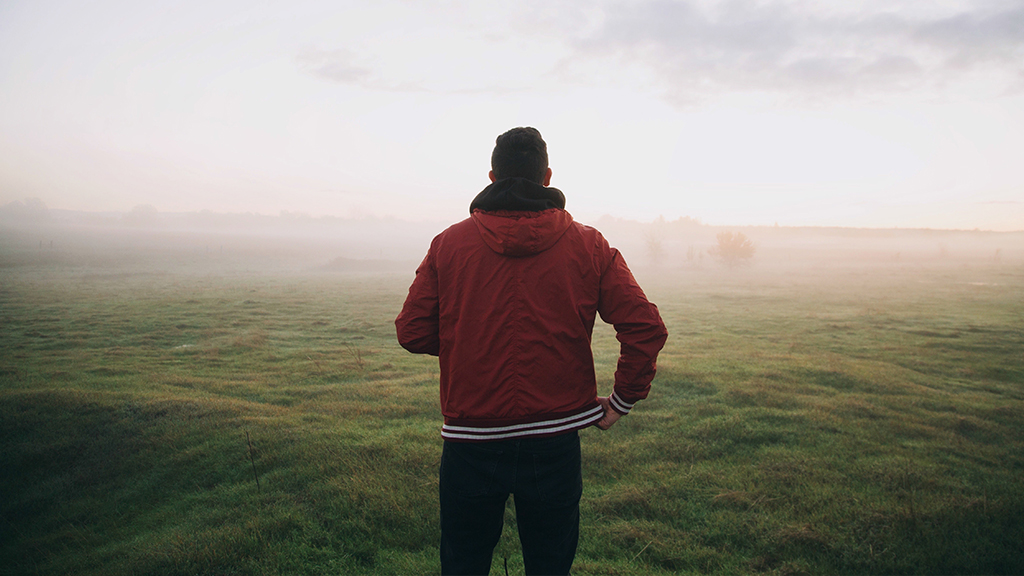 We might do well to start with a working definition: a husband is the person meant to be a man for a particular woman. For countless years in western society, one was either a boy or a man; you graduated from the one to the other approximately when your voice dropped and you began to shave. As a man you were expected to take on man-size tasks, complete with man-size responsibilities. That included getting yourself a job, marrying a girl, loving her and caring for her, and taking final responsibility for the children you received through her.

Since the 2nd World War a third category has been inserted between boyhood and manhood, namely adolescents. Society is largely clear when adolescence begins (sort of when ones voice drops), but is very unclear when adolescence ends. Is it when one can vote? When one marries? When one becomes a father? When one buys a house? The result is that there are in our society numerous 20-somethings, and even 30-somethings, who –though perhaps married and fathers– still act as adolescents. There are even those who experience a mid-life crisis because they can’t quite get over the loss of adolescent carefreeness.

Today’s Christians are invariably affected by this trend in our society. Marrying the girl of one’s heart does not mean that one has actually taken on the responsibility that belongs to marriage. A married man can still be an adolescent –or even a boy– at heart. As I approach the topic of being a husband, I deliberately do so from the angle of manhood; the husband needs to be a man to his woman (and, of course, their children).

The Lord God created the man with specific responsibilities; Adam was not created to be idle or be entertained. Consider the following:

It’s no surprise to observe that later passages of Scripture term the man as the “head” of his wife (see 1 Cor 11:3; Eph 5:23). His manness requires that he embrace responsibility for the particular woman God gave him, so that he leads her, protects her, and cares for her, and she in turn feels safe, loved, and relaxed with him, with space to flourish.

The fall into sin happened as a result of a tragic role reversal. The man and his wife were in the garden together the serpent engaged the woman in conversation about the fruit of that one tree. The conversation ended with Eve taking fruit from that tree and eating it, then giving some “to her husband who was with her” (Gen 3:6). That last detail is highly significant. Adam was standing beside her as she took and ate! Though he had been mandated to lead and so protect his wife from danger, he failed to shield her from the serpent’s temptation, and failed to instruct her not to engage the serpent, and failed to forbid her from reaching for the fruit. Through his failure, he let his wife take the initiative.

When God afterwards came to the Garden, “he called to the man” (not the woman) to ask about his whereabouts (Gen 3:9) – an action in step with the leadership role God assigned to Adam. He then faulted Adam for two transgressions: the first was “you have listened to the voice of your wife,” and the second was “[you] have eaten of the tree” (Gen 3:17). The point is that Adam failed to be man for his wife. That failure echoes through the pages of Scripture when the Bible calls the fall into sin Adam’s transgression (eg, Hos 6:7; Romans 5:12,14).

This failure of history’s first husband would, said God, resonate through future generations. To Eve God said, “Your desire shall be for your husband, and he shall rule over you” (Gen 3:16b). The word “desire” is here not a reference to sexual appetite, but a reference to wanting to continue the role reversal exhibited in the fall into sin. Adam’s response, says our translation, is that “he shall rule over you.” A better translation would be that Adam “must rule over you.”1 He must be a man to her, even to the point of protecting her from herself. That’s his task as husband.

Further pages of Scripture make clear that the husband is and remains responsible for his wife. Consider some examples:

Passages as these make clear that God considers the husband responsible for his wife. For that reason a husband is to know his wife’s heart, understand her burdens, and lead her in God’s way in the midst of her concerns. He is, in other words, to be a man to her.

Our Lord Jesus Christ shows us what this looks like. So much of a man was he that he took on himself the sins of his bride. He knew well from the Word of his God that there was no other way his bride could be rescued from the eternal judgment of holy God that her sins deserved. In love for his bride he accepted responsibility for her transgressions, and permitted the penalty she deserved to fall upon himself. That penalty drove him to the cross of Calvary, where he experienced in harshest measure the holy judgment of Most High God. In the torment of his anguish he cried out his pain, “My God, my God, why have you forsaken me?” – so that his bride might never be forsaken by the God against whom she sinned. That is being a man to the woman entrusted to your care! As a member of the church, the bride of the Lord Jesus Christ, I am deeply thankful for this deepest display of love.

What Jesus did on the cross for his bride is the example every Christian husband is to follow. “Husbands, love your wives, as Christ loved the church and gave himself up for her” (Eph 5:25). The critical word here is the two-letter comparative as. Husbands are not to do something like what Christ, as if a bit less is OK; husbands are to love their wives as Christ loved the church. As he “gave himself up for her”, so also husbands are to deny themselves for their wives. The man who follows Christ will give up hobbies, drink, a promotion, outings with the boys, and anything else that hinders the prosperity of his wife (see Eph 5: 26,27).

Perhaps worth putting some color to what being a man for a particular woman looks like.

The Christian husband will also assume responsibility for his wife’s (and family’s) financial needs. The apostle’s word to Timothy applies also to the husband: “if anyone does not provide for his relatives, and especially for members of his own household, he has denied the faith and is worse than an unbeliever” (1 Timothy 5:8).3 It is important to notice how God spoke to the first husband. In the Garden he was charged to “work it and keep it” (Gen 2:15). After the fall, the Lord positioned the woman in the home (for God spoke of children and husband, Gen 3:16), and pictured the man as laboring in the field in an effort to provide for the family (Gen 3:17,18). In his instructions to Israel at Mt Sinai, the Lord told his people, “You shall not mistreat any widow or fatherless child” (Ex 22:22). The reason for the command was that the widow –that’s a woman– no longer had a provider and so was vulnerable. The implication: it was the husband’s duty to look after his wife and family.

Jesus Christ, that perfect Husband, did not ask his bride to shoulder part of his responsibility and so carry part of God’s wrath against her sins. In his care for her he went the whole way himself to provide for her every need. That’s the example husband need to follow. It is below the dignity God entrusted to the man of the house that he expect his wife to shoulder part of his responsibility to look after the family’s needs. Perhaps he has to work harder or smarter, perhaps he has to lead his family in living at a lower standard, perhaps he has to give up some hobbies. But making the hard decisions and sacrificing self for the family is what being a man is all about.

I am very aware that what I’ve said here about the role of the husband in marriage is very different from what society encourages us to think. May the Lord God give us the courage and faithfulness and self-denial we need to be for our wives (and children) the men God wants us to be. And he does; the Man for all men has given us his Spirit richly. In a subsequent Bit to Read I hope to pair this Bit with a parallel article on the role of the wife in marriage.

1 For the argumentation for this preferred translation, see my book A Vow to Love, p. 78,79.

2 This is how the ESV correctly translates the passage. The NIV renders this phrase as “married to your husband”, but that does not convey what the Hebrew actually says.

3 Note: this does not mean the wife should never work out. I intend to say more about that when I speak about the Role of the Wife in marriage in the next Bit to Read. For now the emphasis lies on the husband’s role.