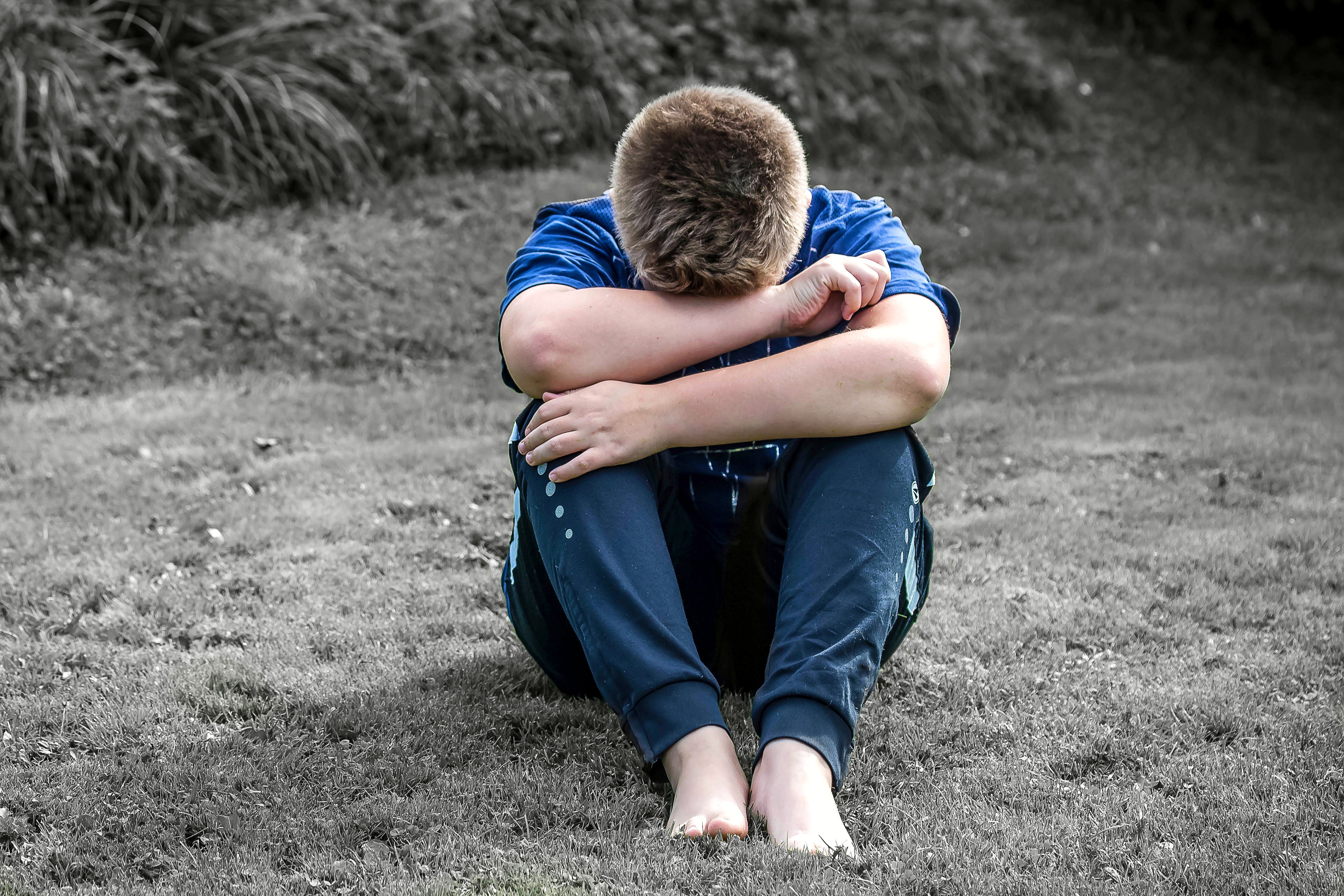 These boys had been bullied at school and chose this way to take out their anger on their classmates.  That shooting catapulted the evil of bullying onto the (inter)national conscience.  The current first lady of the White House has also chosen to make the campaign against bullying her cause.

My purpose in this Bit to Read is not to describe what constitutes bullying or what schools do (or ought to do) about bullying.  That sort of information is readily available elsewhere, from person far more expert in that field than I am.  My purpose instead is to consider what role fathers have (and yes, mothers too) in guiding their sons and daughters through the minefield of bullying.  Until our Lord comes back, bullying (or teasing, as it used to be called, or harassment) shall remain with us.

In relation to our children

Our thoughts, it seems to me, go quickly to how we can defend our children from being victims to bullying.  That impulse is understandable.  Scripture, however, teaches us that the heart of every person is inclined to all manner of evil.  That means that each of our children have it in them to be the bully – and so harass and tease another.

That reality needs to be a great concern to us.  Our Lord Jesus Christ placed a child in the midst of his disciples and said, “…whoever causes one of these little ones who believe in me to sin, it would be better for him to have a great millstone fastened around his neck and to be drowned in the depth of the sea” (Mt 18:6).  There is absolutely no doubt that each person is responsible for his own sins; before God we can never claim innocence on the grounds that someone else “made me do it”.  But that fact does not let off the hook the person who put pressure on you to commit the sin.  North American society correctly understood that the evil of the Columbine shooting did not lie only in the hearts of the two shooters.  To the degree that classmates at Columbine bullied their peers, they had responsibility for the anger and bitterness that developed in the hearts of those they bullied, and so had responsibility also for how those young men were tempted to give expression to that anger and bitterness.  Jesus’ words are damning: “woe to the one by whom the temptation comes!”  (Mt 18:7).  As parents we do not want such a divine woe to apply to our Johnny or Suzie.  This is a salvation issue.

That means that we need to speak with our children early about the Lord’ intolerance of causing another to sin.  We are responsible to instill in our children a clear understanding that bullying might not necessarily cause murder in the Columbine style, but it certainly does cause the sorts of things the Catechism mentions as “the root of murder, such as envy, hatred, anger, and desire of revenge” (Lord’s Day 40).  That hatred is not limited to hating the bully but includes also loathing oneself.  After all, the message of being bullied is that I’m useless, inferior, inadequate, junk.  That self-loathing can lead a person to make all sorts of unhappy decisions.

Further, we need to show our children what the Lord our God has done.  When we were weak and vulnerable and despicable, the Lord did not crush us or harass us or bully us.  Instead, “while we were still weak, at the right time Christ died for the ungodly” (Rom 5:6).  He protected the weak and emptied himself to serve the weak.  For the sake of the “little ones”, the Son of God left the glory of heaven to become a little one Himself, a vulnerable baby in a manger, a reject innocently sentenced to crucifixion.  He accepted being shamed in order to redeem the lost, the least, the last.  The blessed fruit of his work is that the undeserving are adopted into God’s family and made to be kings with Christ!  If that’s the wonderful identity of our children, how inconceivable that they would humiliate and shame another, how evil before God that they would make another little one feel she’s a loser, unwanted, unfriended.  In a word: our children need to know that being a bully is a denial of the gospel!

So we fathers and mothers need to insist that in our homes there is a zero tolerance for talk or conduct that is disrespectful of a sibling or a guest.  Our eyes need to be peeled to see to it that our children are in fact walking in the faith, and that means specifically that they display such fruit of the Spirit as love, peace, patience, kindness, gentleness, etc.  Where we catch them bullying we need to insist on more than their uttering an “I’m sorry”; we need to insist on repentance, ie, a change of behavior and a change in the attitude behind the behavior.

Are they being bullied?

Because of sin, each of our children from time to time get bullied.  How is a parent to guide the child through the resulting sense of being inferior, weak, unliked, perhaps even garbage?

Here Dads and Moms are to return again and again to the gospel of God’s grace in Jesus Christ.  The fact is that we all -whether bullies or bullied- are by nature “children of wrath” (Eph 2:3) due to our rebellion in Paradise and every day of our existence.  But God in mercy sought out the rebels, the broken, the weak (see 1 Cor 1:27f), and in Christ Jesus adopted us to be His children.  Jesus during His time on earth sought out the weak and downtrodden, the tax collectors and lepers and demon possessed, and healed and helped and encouraged them – to the point of laying down His life for such as these.  That includes -we need to tell our bullied children- you!  Our children’s identity does not hinge on what they experience on the school playground, but hinges on God’s claim upon them: Mine!  So we may picture for our children the devil sitting on their shoulder, building on the experiences of the playground, and whispering into their ear that they’re useless, inferior, rejects.  And we may then encourage our children to remind Satan that he’s the liar from the beginning (John 8:44) and tell him to go to hell.  In other words, we may encourage our children to work with their (young) faith and practice clinging to the promises of God’s word in the face of life’s painful experiences.  Again, coping with bullying is a faith issue.

A further consequence follows: we parents need to treat our children as royalty, as children of the King of kings.  That means that they receive from our hand an abundance of affection, time and care – so that they taste God’s love for them in Jesus Christ.

In relation to parents

I mentioned above that I want also to focus on our own responsibility as parents in relation to bullying.  Again, we’ll use the same two subsections: are we bullies and are we bullied.

What the children see in the home is their normal (until they reach some age of discretion).  Do they see Dad respecting Mom (or vice versa)?  Or might they see a subtle form of bullying happening between parents or in relation to the children or guests?  For adults bullying can take the form of being overbearing in one’s demeanor or talking down to another (or about another) or shaming another.  If Dad seldom compliments Mom’s supper or he tells her that she’s lazy or fat, the children are seeing bullying happening – and they’ll take those cues with them on the bus as normal and healthy.  If Dad or Mom tell a child she’s stupid or he’ll never amount to anything, we work directly contrary to the good news of what God tells them in the gospel: you’re valuable to me, you’re Mine!  Similarly, if parents speak or act critically of those at work or of the office bearers in the church, the children pick up that that sort of arrogance and backstabbing is OK.

But the bigger question is: why would Dad (or Mom) speak in a disparaging manner of another?  More often than not, that kind of bullying betrays an inner insecurity on Dad’s (or Mom’s) part – that insecurity can itself be the bitter fruit into adulthood of the harassment they themselves once perpetrated on another in childhood.  Guilt has a way of affecting how we think of ourselves and how we behave.  Psychologists might advise that such a parent ought to talk about what he/she did in order to overcome its negative effects – and perhaps that will help somewhat.  But more importantly, we parents need to model what it means that God has sent His only Son to wash away that sin – and so be very deliberate in repenting of our sins of yesterday and yesteryear.  Given that the Lord in mercy has made me his child, why would I want -or need- to make myself feel good at someone else’s expense?  The children have a sensitive antenna on how we work out the glories of the faith.

We are not responsible for what happens to us – but are definitely responsible for how we respond to what happens to us.  Perhaps at some time in the past, distant or recent, we were bullied, and so were made to feel useless, inadequate, inferior.  The vital question now is: do we still buy that lie?  That is, is our sense of self formed by what people did or said, or is it formed by what God did and said?  The devil can sit on the shoulders of adults too to whisper his hellish lies into our minds.  But the gospel is that God has claimed us as His – and deliberately reminds us openly and plainly of that claim in the preaching of the gospel Sunday by Sunday and the use of the sacraments.  Because of Christ’s work, God has adopted me into His family so that I am a king/queen with Christ Jesus.  Then why should I act as if I’m not royalty?  Again, it’s a question of working with the gospel.

Dads and Moms need to ensure that the home is a safe place for all who enter it, be they children or guests.  Because of the gospel of Jesus Christ, the Christian home has no place for knocking another down in order to elevate oneself – whether that person is present or not.  How I talk about Opa, the elders, Bobby, the teacher, the politicians of the land and anyone else who may come up for discussion – self included! – communicates to listeners how in fact we’re working with the gospel.  And that in turn affects how the next generation thinks about themselves and their peers – and hence what they say and do.